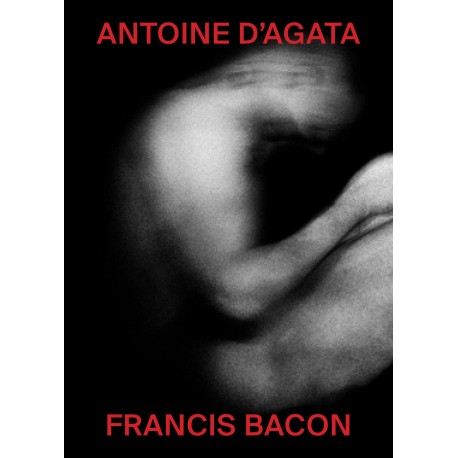 Presentation by The Eyes Publishing :

" Bringing together 27 photographs by Antoine d'Agata and 25 graphic works by Francis Bacon, this bilingual French-English work, presented in the form of a double book, establishes an artistic parallel between the contemporary work of photographer Antoine d'Agata and the expressionist painting of painter Francis Bacon. The two books, bound together, can be consulted side by side, allowing one to create a vis à vis between the works of the two artists.

The texts are presented on autonomous notebooks so that it is possible to read the text while browsing through the visual narrative.

Antoine d'Agata is a photographer who lives on the edge. He immerses himself in his personal universes, until he exhausts them. He transforms reality with the help of time, and shows us facts, events, mixed textures or diffuse colors that shape human forms that get lost. In some of Francis Bacon's works, we can see these photographs of d'Agata, the same worlds full of chiaroscuro, continuous ups and downs towards hell, and this attempt to lengthen the moment of joy or solitude.

Does the deformation of the bodies, caused by the trembling of the images, go as far as their familiar dehumanization by the painter?

« Antoine d'Agata would probably not refuse to affirm this. Isn't it precisely the animality that he insistently claims from the sexual relations he photographs? Gilles Deleuze, a philosopher, is said to have spoken of his “becoming an animal”, a becoming a dog, to be precise. An integral part of his work, man and work struggle to exist. A chromatic struggle that is not without recalling the colors of Francis Bacon, whose deformed flesh is also found, as if torn apart and evaporated. » "

This book has a double binding "in W-shape", one for Francis Bacon's work, one for Antoine d'Agata's work; the images of both artists can be looked at next to each other.

Texts by Bruno Sabatier, Léa Bismuth and Perrine Le Querrec in French and English on a separate booklet.

This book is now sold out by the publisher!