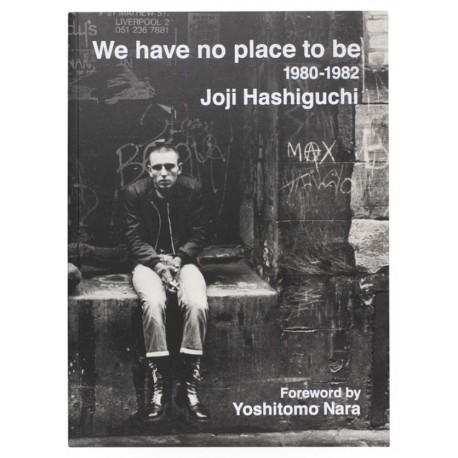 " We Have No Place to Be (originally published by Soshisha in 1982) launched Hashiguchi's illustrious 40-year career, and remains widely regarded as one of the photographer's seminal early works. This new edition from Session Press, supervised and edited by Hashiguchi himself, is comprised of 139 black and white photographs, including more than 30 previously unpublished images.

In the early 1980s, Hashiguchi began to document the plight of the young with his debut work, Shisen. Stifled by the mounting pressures posed by an increasingly oppressive education system and home life, these youths sought out their own identities on the streets of Tokyo—a lost tribe desperate for self-expression, repelled by a society that sang the praises of abundant riches and stability.

Turning his lens on the global stage, Hashiguchi traveled through Liverpool, London, Nuremberg, West Berlin, and New York in a quest to further chronicle communities of disenfranchised youths abroad. In these five cities, Hashiguchi witnessed the complex cocktail of self-destructive discord lurking beneath the superficial excesses of city life. Revealing the entrenched drug addiction, racism, anti-immigrant sentiment, unemployment, and poverty that pervaded urban centers then as now, Hashiguchi's photos challenge the viewer to reexamine what we have both become and lost.

The complexities of youth have served as a captivating theme throughout the annals of photographic history. Photographers such as Danny Lyon, Bruce Davidson and Larry Clark made masterpieces with their investigations into the subcultures of renegade bikers, street gangs, and rebellious adolescents teetering on the dramatic cusp of adulthood. However, Hashiguchi is distinguished by a uniquely unwavering dedication to this theme. The sheer breadth of his travels in Tokyo and the West alike, coupled with a rapt intensity for documenting the « troubled youth » of the 1980s, evinces a scale and specificity rarely attempted and arguably even unrivalled.

Since its initial publication in 1982, We Have No Place to Be has influenced generations of artists and photographers in Japan. One such artist and close friend is none other than Yoshitomo Nara, who has contributed an essay reflecting upon the legacy of the publication since its original release as well as his own time spent as a youth in Europe during the 80's. "

Foreword by Yoshitomo Nara and postface by Mika Kobayashi in Japanese and English. 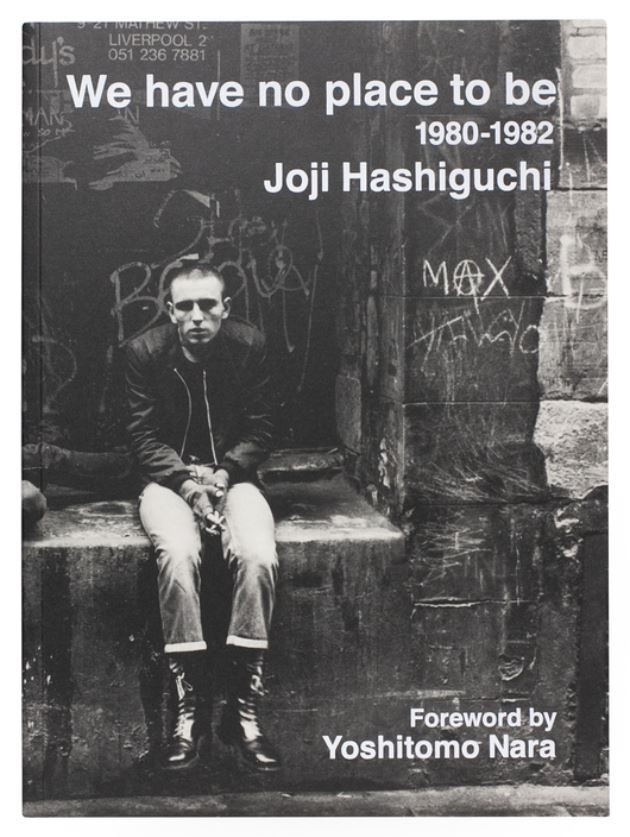 Jōji Hashiguchi is a Japanese photographer. After photographing the streets of several European cities (Londres, Liverpool, West Berlin) and New York, he publishes the seminal book that launched his career as a photographer: "We Have no Place to Be" (Soshisha, 1982). This book is re-published in an extended version in 2020 by Session Press: "We have no place to be 1980-1982". You can find an interview of the photographer about this work on the British Journal of Photography website.

See all the books of Session Press: 9