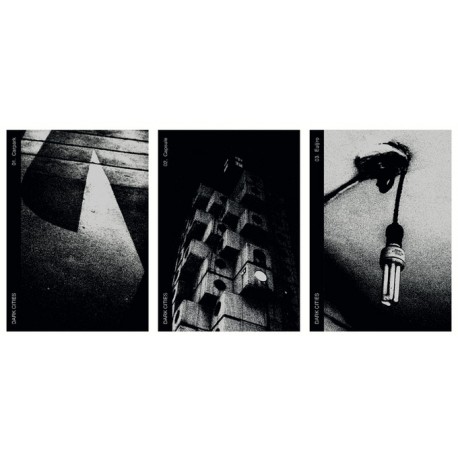 Dark Cities is a self-published project in a thin-cardboard folder containing 3 books that are 3 perceptions of Singapore, Tokyo and Seoul through the « lens » of a specific and unusual location: a carpark (01 - Carpark), a run-down tower (02 - Capsule), an old city quarter (03 - Euljiro).  The original training as architect of the artist Shyue Woon is very present in this triptych taht also carries a rather dark atmosphere... Our copies are signed in the folder, which spreads out and contains a short presentation of the 3 books.

This project was backed by a crowdfunding and supported by IPA (Invisible Photographer Asia).

Presentation of the books by Shyue Woon :

01 - Carpark : "In the past few weeks while editing my photos, been thinking to myself why I was drawn to making these images. I don't know what to make out of it, but, I don't remember feeling alone in the space. Maybe the dark atmosphere, with a hint of fear—of desperately clinging to fantasy because the real world is a scary and unfair, with the fear of everything you ever cherish will vanish at some point. Maybe this is how I interpret « Purgatory », a space neither heaven nor hell. Act of Disappearance 24.05.2014"

02 - Capsule : "Today, the tower has fallen into disrepair. I grew obsessed with the tower & its madly visionary architect – by bringing the future into the present, and the tragedy of not able to dictate the evolution once human/economics imperfection intervenes.  I attempt to construct an imaginary Kafkaesque narrative on someone (The architect) being trapped in his own tubula-rasa, trying to escape for the crumbling meta-textual stage of his own creation. 15.03.2016 "

03 - Euljiro : "I stumbled into this mysterious old quarter in Seoul during my travels. The further one wanders in, the smaller the alleys get and the older the shops appear.  While the locals put on suits and ties and go to work at the adjacent gleaming new glass and steel office towers, middle-aged men in Euljiro operate band saws or large presses, amid the smell of grease and metal all around. Perched on a tiny stool on the sidewalk, a roving knife-sharpener scrapes a blade across a whetstone, while nearby another man works in a shop where the entire floor is covered in rusty metal hooks. Porters ferry things around on two-wheeled dollies, and motorcycle drivers drop off and pick up deliveries.  It’s nearly all men who do these things in the alleys. 05.09.2017" 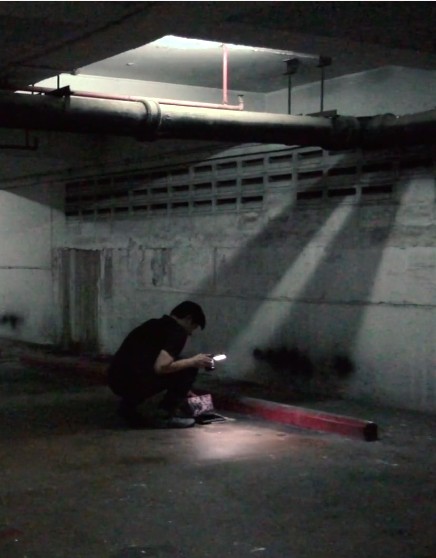 Shyue Woon is an architect from Singapore, who is developping a photography work where his original training is very present. His project "Dark Cities" - self-published in collaboration with IPA (Invisible Photographer Asia) - is a set of 3 books, 3 perceptions of Singapore, Tokyo and Seoul through the « lens » of a specific and unusual location: a carpark, a run-down tower, an old city quarter. © Screenshot from the documentary "Making Personal Projects Video Series" on the IPA website .