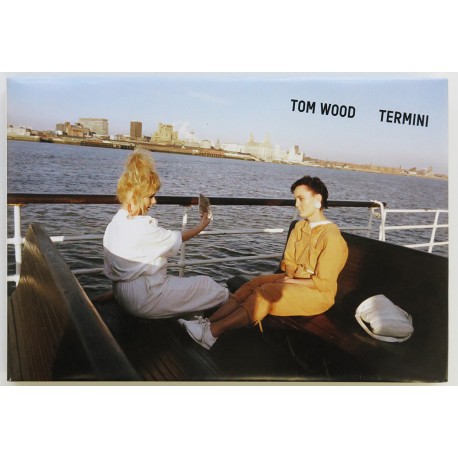 "Since 1975, Tom Wood is photographing obsessively everything that lives around him : the streets of Birkenhead, where he lives, in the suburbs of Liverpool, the passengers on the bus of his daily rides, first to go to work, then in a compulsive manner for years. (…)

Several series are developping at the same time: at night, he photographs the popular club of Chelsea Reach (…) ; during the day, he photographs the streets of Liverpool, the bus rides, the Saturday morning market, the vicinity of the stadium on game days…

So many projects made ofcareful observation, of obstination, of accumulation, that draw the protrait of a city constrained in a complex reality. Tom Wood takes the ferry every day, not as a peaceful traveller, but as a discreet researcher, a sensitive observer who lays an honest and tender eye on the daily life unfolding before him.

He is not working for the press, he is not on assignment. He is not passing by, he lives here and you can feel it. He is not interested in any oddness or exotism in his models, he is not seeking to reveal a singluar or spectacular trait that would be immediately visible, as could do Martin Parr around the same time, a few miles away. The subjects are never distorted or grotesque. He lives here, among them, and makes images in a very instinctive way, so as to be in tune with the world.

(...) Even the documentary aspects of a challenged working class appears only upon a second look at the images: «I am not trying to document or proove anything. I am interested in how life is working, and how photography is working. I am a researcher with a camera, search for what I know and for what eludes me… » "

This books gathers photographs made over a 25-year period of the people - commuters and others - at and around the Pier Head ferry station in Liverpool, and on the ferries. Texts by Paul Farley. 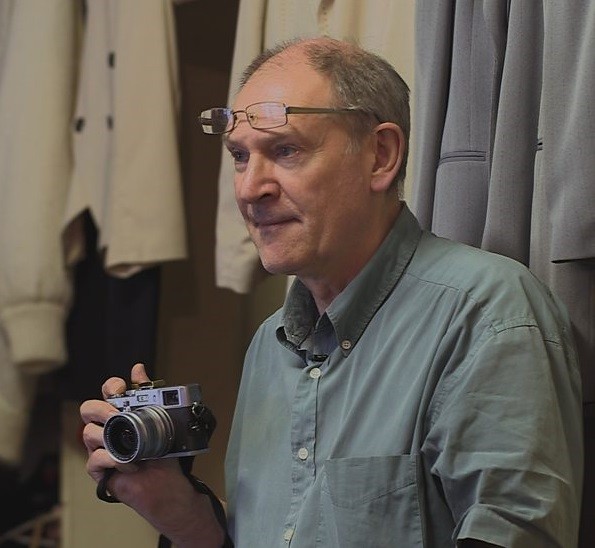 Tom Wood is an Irish photographer considered one of the pionneers of modern color photography. He is known for his work of portraits, street photography and landscape photography, mainly through the daily life and social life in England (and more specifically Liverpool and Merseyside) in the 70's, 80's, and 90's, in pubs, public transportation, markets, workplaces, on football pitches, etc. Tom Wood has published several books, in particular "All Zones Off Peak" (Dewi Lewis, 1998), "Photie Man" (Steidl, 2005), "Termini" (GwinZegal, 2018), "Women's Market" (Stanley / Barker, 2018), "Mères, Filles, Soeurs" (Textuel, 2019) and "101 Pictures" (RRB Publishing, 2020). © Portrait taken from an  article on the BBC website (uncredited)
See all the books of Wood, Tom: 3