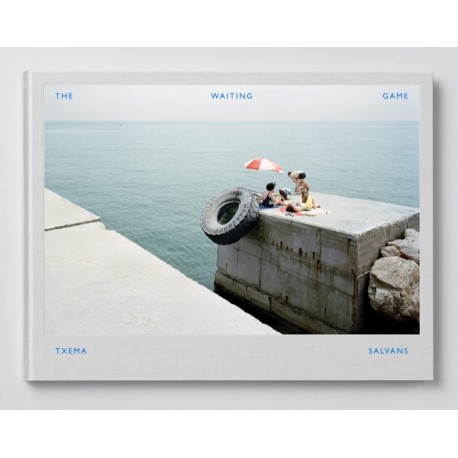 "Second part of the project with which Txema Salvans won the « 2012 RM Photobook Competition ». This follow-up project continues to explore a series of desolate, though inhabited, landscapes of the Spanish Mediterranean.

In the first book, the central figure in the photos was always a prostitute. In this second series, it is a fisherman: fishing in reservoirs and marshes, along riverbanks, or in the sea in port towns. These fishermen are endowed with endless patience and resilience, capable of blending into any kind of landscape. As a sort of mantra, the fishermen explain their activity as a way of « staying out of the house ».

The Waiting Game II is a complement to the first book, which was only apparently about prostitution. This new project reinforces the idea that the real subject is a personal reflection on the notion of waiting."

Texts by Gabi Martinez and David Campany in English only.

The images presented here were taken from the artist's website.

Txema Salvans is a Spanish photographer. He published consecutively in 2013 and 2018 two books titled The Waiting Game and The Waiting Game II , about the waiting process can be subjected to (first book about prositution), or are willing to submit themselves to (second book about fishing).
See all the books of Salvans, Txema: 2