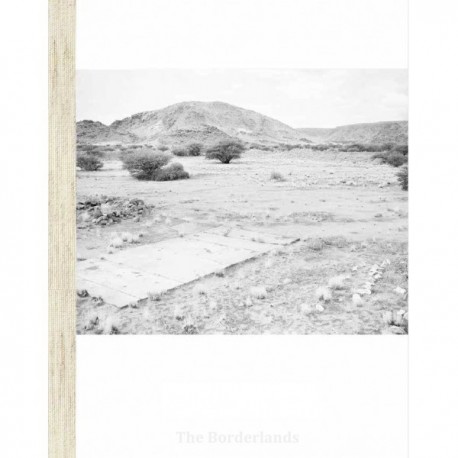 "Since 2007, Ractliffe's photography has focused on the aftermath of the war in Angola.

Ractliffe writes: « For most South Africans, Angola was perceived as a distant elsewhere—‘the border’—where brothers and boyfriends were sent as part of their military service. Now, over two decades since Namibia's independence and the withdrawal of SADF [South African Defence Force] troops from the region, the ‘Border War’ remains something with which much ignorance and shame—for some, even betrayal—are associated. During the making of As Terras do Fim do Mundo, I became curious about whether traces of the war could be found within South Africa’s borders. I was interested in exploring the idea of a militarized landscape. But rather than spaces connected with the usual apparatus of South Africa’s military, I wanted to search out sites that were intricately connected to that war. »

Ractliffe identified and photographed at three primary locations: Pomfret, Kimberley (including Schmidtsdrift and Platfontein), and Riemvasmaak. All of these sites were occupied by the SADF during the mobilization of the war and its aftermath. They also share histories of violence and dispossession during the apartheid era and, since the advent of democracy, of reconciliation and redress. Ractliffe is interested in the intersection of these histories: how they impact now, in the present life of these places." 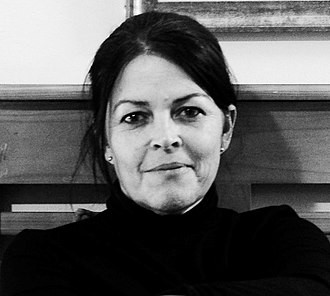 Jo Ractliffe is a South-African documentary photographer and teacher. She is considered to be an important and influential contemporary "social photographer". Her work has been exhibited worldwide: Rencontres d'Arles festival, Metropolitan Museum of Art and MoMA in New York, Tate Modern in London, South Korea, etc. Her most famous body of work, "As Terras do Fim do Mundo", documents the conflicts known as the "Border War", which occurred betwen 1966 and 1988 in territories of Angola, today's Namibia and South Africa. The project was published under the same name in 2010 by Stevenson, her gallery in Cape Town. Among the other photobooks published by Jo Ractliffe : "The Borderlands" (Editorial RM, 2015), and "Two Men Arrive in a Village" (The Gould Collection, 2021), an Image / text publication that included a text by Zadie Smith whose title gave the name to the book. © Portrait (uncredited) the English Wikipedia page of the artist
See all the books of Ractliffe, Jo: 2