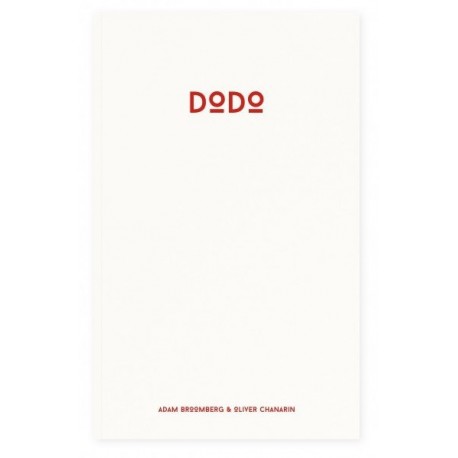 "Dodo is the catalogue of an exhibition of the same name by artists Adam Broomberg and Oliver Chanarin. The exhibition originated with the discovery of unreleased material from the motion picture Catch-22 (1970) in the storerooms of Paramount Picture.

Filmed on a coastline in Mexico, which more closely resembled the Sicily of 1944 than the Sicily of 1968 did, these images show the coastal landscape and fauna of the Sea of Cortez at time when it had emerged from its previous isolation but before its subsequent urban development. Broomberg and Chanarin have reedited the material of the film, set in Italy during the Second World War, creating a nature documentary about Mexico in 1968, the traces of a pristine landscape that no longer exists.

In the course of research, it was discovered that one of the eighteen airplanes used in the motion picture –the largest fleet of B-25s assembled since World War II– had been buried on location. Together with a team of archeologists from the UNAM, Broomberg and Chanarin organized an expedition to San Carlos, on the outskirts of Guaymas, to dig up the “Mexican plane.” What they found, however, was something else."

This book is published in collaboration with Fundación Jumex Arte Contemporáneo.

Adam Broomberg (born 1970, Johannesburg) and Oliver Chanarin (born 1971, London) are artists living and working in London and Berlin. Together, they explore the concepts of violence, authority and politics, sometimes through the prism of religion as in Holy Bible . Photo: © ICP
See all the books of Broomberg & Chanarin: 5