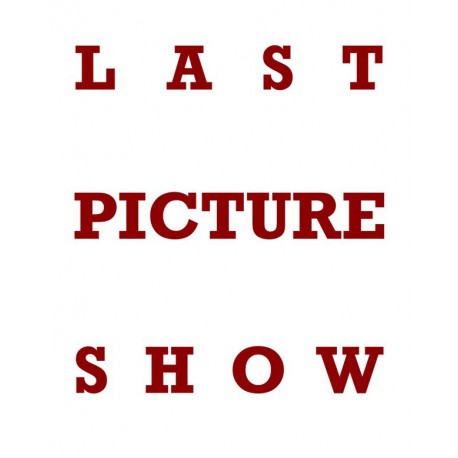 "When we were kids, one of our greatest pleasure was, to take our child’s bikes and some pennies of our pocket money and go for a stroll to the movies. At that time, TV-sets were still rare and the program only ran for about six, seven hours daily. To make up for that, the boroughs were crowded with small movie theaters in the immedate vicinity, whose placards and lobby cards fueled our imagination. Nobody was asking for our age, and so it was completely normal for a bunch of five-year-olds, to attend the afternoon shows (...). Nothing compared indeed to this experience, when the spotlights in the hall were slowly dimmed, the gong stroke and the whirring sound of the projector in the rear, sent us in a thrill of anticipation. This flickering beam of light, in which myriads of dancing dust particles and smoke were following an undecipherable choreography, was the magic wand that drew these moving images in front of our eyes, from where they, irresistibly, burned their way into our absorptive and curious minds.

Some years later, in our adolescence, the fascination still subsisted, although we now preferred the lavish movie palaces downtown, as well as an increasing number of former neighborhood movie theaters, now turned into emerging arthouse cinemas, allocated in the side streets off Kurfürstendamm.

While we excitedly began to trade Langdon for Lubitsch, Keaton for Kubrick, Slapstick for Nouvelle Vague, The Vikings for Visconti and Astaire for Antonioni, the familiar places of our early childhood adventures closed down unnoticedly, one by one. Next thing we knew, the screens were dimmed, the projectors had ceased to run and the doors were locked. When they reopened, the interiors had been cleared out, the parquet flooring had made way for industrial tiling, the chandeliers for naked neon tubes and the velvety tip-ups for steel shelvings. The very first discount stores had arrived over here and had unnoticedly occupied the vacant theaters, with Albrecht, later renamed Aldi, leading the way, closely followed by drugstore and supermarket chains.

Nowadays, most traces of the past history have been razed by time and even those who still vaguely remember, often overlook the remaining details. Most chain stores have abandoned these locations in recent years, making room thereby, for the currently booming chains of organic food stores. (...)"

This book is the second part of a tribute trilogy to Ed Ruscha that started in 2013 with "Unter den Linden" (see "Suggestions" tab). 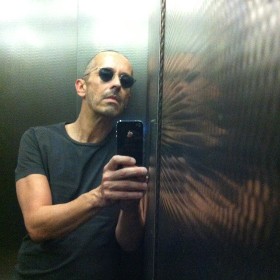 David Kregenow is an accomplished architectural and industrial photographer and a former student of Folkwang school. Photo : ©David Kregenow Photographer, Facebook
See all the books of Kregenow, David: 3