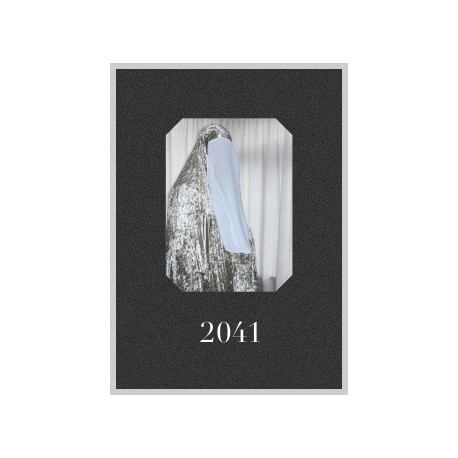 "2041 is an eponymous collection of self-portraits in which the image and identity of the artist remain concealed. Using the camera to articulate a passion he has secretly indulged for decades, he appears dozens of times in a variety of garments, but is always anonymous.

By photographing himself in these costumes he adopts multiple personas. He explores different approaches to self-concealment: he adapts and re-appropriates clothing ranging from the traditional to the theatrical, and he combines draped and folded fabrics in a rich array of textures and colours. He poses and performs in front of his camera and around his home.

2041’s first memories of the pleasure of being enveloped in swathes of cloth are from his days as a choirboy seven decades ago. As an adult, he developed an interest in more complete coverings and began to document what he was doing. But it is only in the last ten years, since he bought a computer and found a community of fellow enthusiasts online, that he has been able to share his passion. The photographs in 2041 are selected from thousands that he has made."

Comes with a 4-page booklet of texts in English and 2 cards thrown-in to replace - as alternate options - the one inserted in the cover. 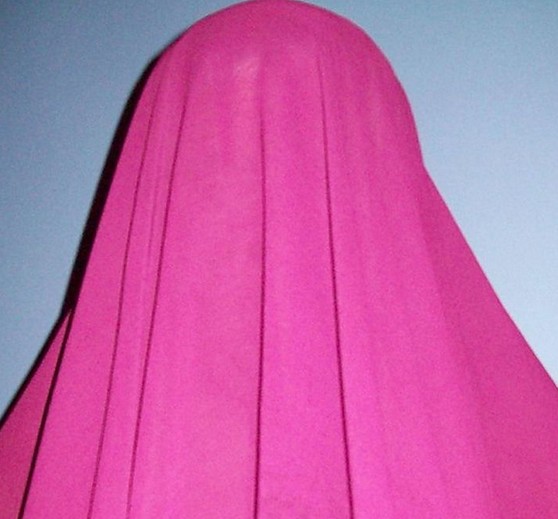 The p ublisher Lewis Chaplin (Here Press) describes the author: "2041 is an 83-year-old man, and this code name comes from his conscription number of the Second World War. He chose this number for his Flickr account. He is a retired engineer but has a history close to the theater. His wife, a musician, is not aware of his fetishist passion and he absolutely wants to remain anonymous, never to show his face. " Photo: © self-portrait