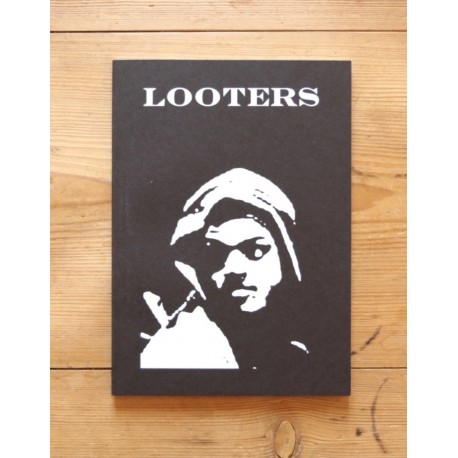 Following the 2011 first edition, this second edition of Looters has been slightly modified, in a slightly larger format (but still in the Risograph process), features images gathered on the Internet, coming from CCTV for most of them; enlarged, pixelated portraits of looters during the 2011 London riots.

This book (the first edition) is listed in "The Photobook: A History volume III" by Martin Parr & Gerry Badger.

New - Mint condition (some marks, inherent to the Risograph process, may appear here and there)