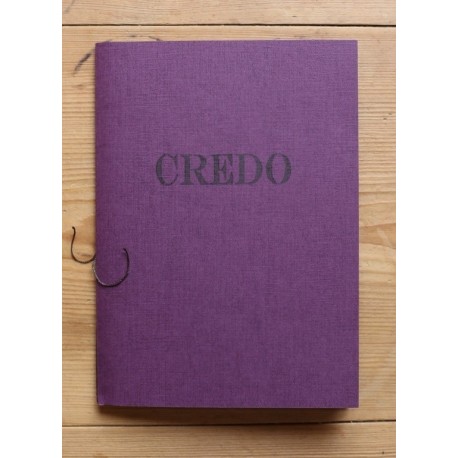 Tiane Doan na Champassak (Looters, King of Photography, Tantra, Father of Pop Dance) presents in Credo images of Haiti and India made between 2004 and 2007 around rituals related to cults and beliefs.

Faithful to the process of reproduction "Risograph" for his small productions such as Credo (200 ex.), The artist here takes advantage of a paper with ocher / golden tones, for a unique rendering that brings to the images of a black intense a supernatural or even mystical atmosphere.

The book is split into two halves (Haiti / India), and we must return the book in the middle to continue the discovery.

Superb images, close to the bodies, in the water, the earth and the fire mixed together.

As with each time with Tiane Doan na Champassak, we hold in hand a very beautiful object which - although appeared in June 2013 - will be without a doubt quickly exhausted.

Copies signed by the author!