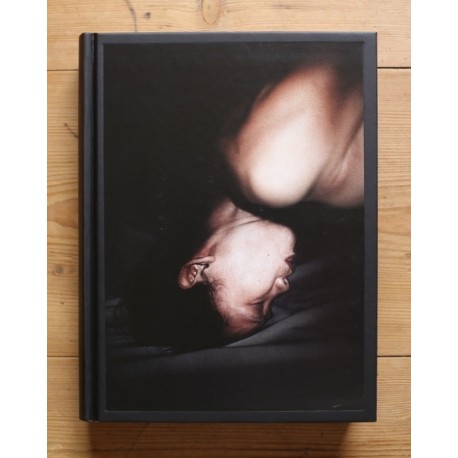 "“The slow ruin of a man with no ties, a refugee from a long expedition, which repeats itself from room to room.”

Antoine d’Agata does not stage the world he photographs, he is merely the silent witness, the assiduous spectator. He plunges himself into it headlong, and carries us along with him in these ordinary or extreme experiences of the flesh, the void, death and pleasure. There is an essential quality to his work, as well as an urgency.

An autobiographical journal, the chronological tale of a disorderly path, an intimate confrontation that feeds on the photographer’s unique capacity to root out an elaborate but instantaneous language from lived situations, this book offers a vertiginous dive into the night, which forges Agata’s thoughts on the power relations between two antagonistic worlds. From social alienation to the solidarity of the flesh, from immorality to the transparency of amorality, from politics to pornography, from intoxication to narcotic prostration, from speech to instinct, from sensual confusion to hysteria, from perception to action, from unconscious absorption of the world to lucidity."

This retrospecitve monography was released as the catalogue of the eponymous exhibition held at Le BAL, Paris, in 2013. This book received the Author Book Award at the Rencontres d'Arles festival in 2013.

NB : We are offering copies of the second printing of this book.