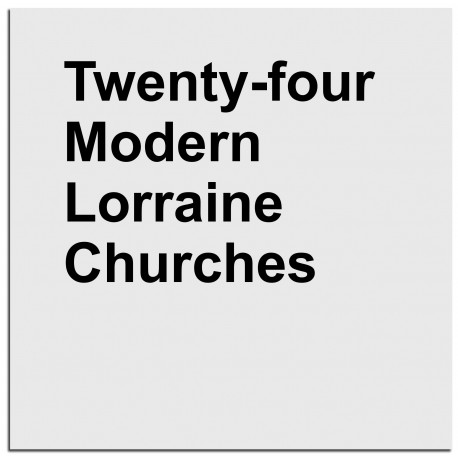 "Twenty-Four Modern Lorraine Churches, published in conjunction with the exhibition Tables et Matières at the Médiathèque des Abattoirs in Toulouse, serially documents churches of the reconstruction period in the Lorraine region.

During the fall and winter of 1944, the Third United States Army advanced from Nancy towards northern Germany. Facing strong resistance, it bombarded the villages along the way, leaving in its wake only hamlets in ruins. Beginning in the late 1950s, demolished churches were gradually reconstructed in a modern style that was more or less pronounced.

Returning to Strasbourg one Sunday in the winter of 2010, I "stumbled" upon the Moyenvic church. Emerging from the mists in the centre of this small town, the proportions of the building and its proximity to the bunkers of the Maginot Line immediately aroused my curiosity.

By questioning the residents of the region, I learned that this edifice was not an isolated case. They said that I would find similar churches in Dieuze, Lunéville and other villages. I also perceived a sort of half-expressed resignation towards this architecture that they had neither chosen, nor ever truly accepted.

So for three years, I retraced the route taken by the American army in search of what, paradoxically, seemed to me to be the remains of the reconstruction. And, as is often the case, I wandered somewhat randomly.

This work of surveying, however captivating it might have been, does not in my view represent the central issue of this series of photographs. The point for me was to describe an encounter, under all too familiar tragic circumstances, between this Lorraine, at once rural and industrial, and modern architecture – between these austere landscapes and these new forms. It seemed necessary to account for this sudden appearance, this strangeness, and to a certain extent, the resulting incomprehension. It was a strange idea to think of repairing the trauma of the war with buildings cast in the same concrete as the neighbouring bunkers.

Beyond certain prejudices, they appear rather beautiful to me: not so much these churches, but these encounters. This book will contribute, I hope, to casting a different light on this territory whose churches from the reconstruction are one of its singularities. 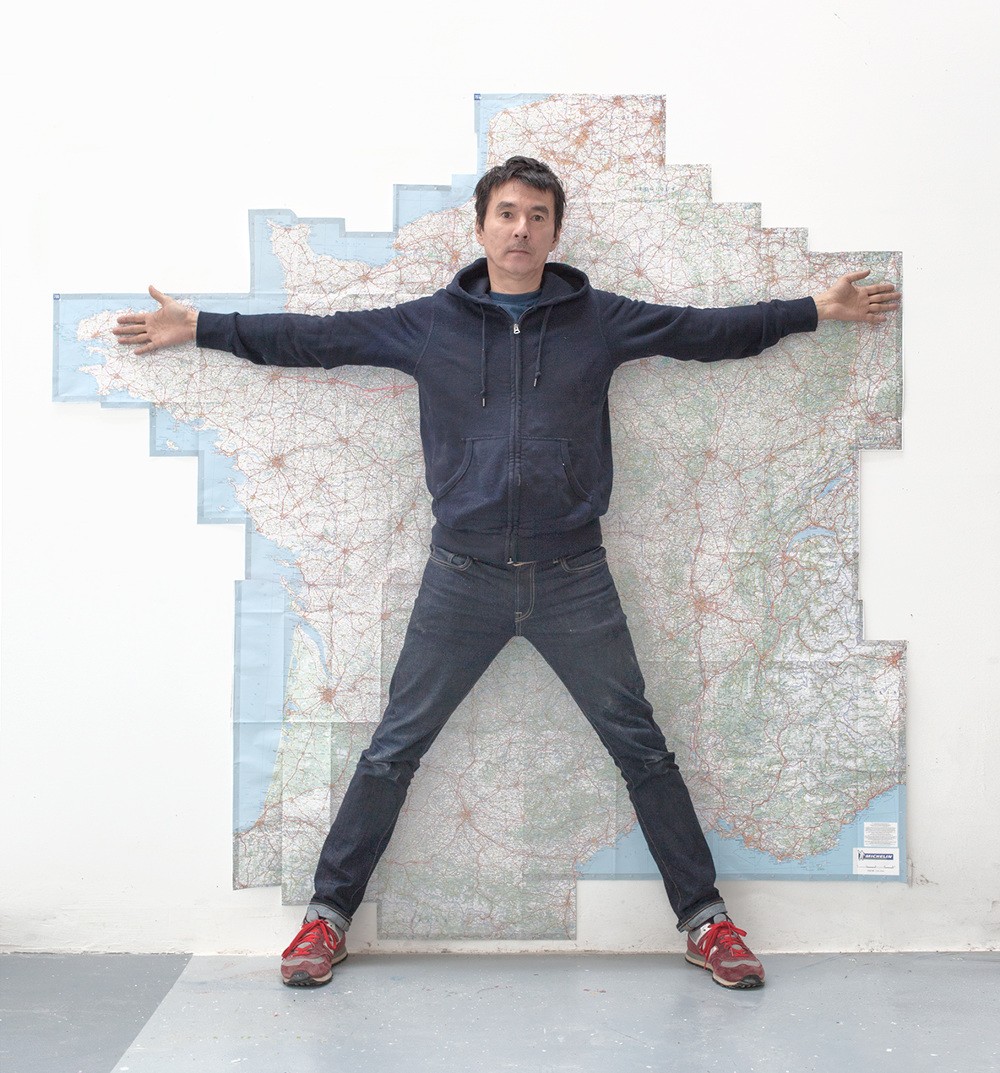 Eric Tabuchi is a French photographer who focues on the geography of the French regions: little towns, suburban landscapes and the countryside. He studies the typology of local and regional architectural traits with an analytical and almost systematic approach; his work is often assembled and presented along specific themes or topics. Eric previously had a career as a musician. He recently published three photobooks with Poursuite Editions : "Twenty-four Modern Lorraine Churches" (2016), "Atlas of Forms" (2018) and "EDF - Electricité de France" (2019). © Portrait taken from the artist's website
See all the books of Tabuchi, Eric: 4