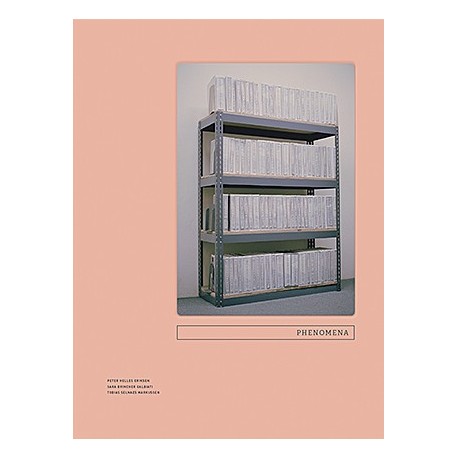 "What is it that lies behind the UFO phenomena? Is it just a commercially profitable story, a delusion with social consequences, a religious myth, or even a physical phenomenon? Through an investigative journey through the states of Nevada, New Mexico, and Arizona, Sara Galbiati, Peter Helles Eriksen and Tobias Selnaes Markussen, have documented an alternative religion—a religion where neither God nor mankind is at the centre of the universe. The book examines the human need for faith through extensive research and collected data on the modern myth of ETs and UFOs. It strives to achieve an understanding of this modern aspect of humanity’s eternal search for substance and enormous fear of meaninglessness.

Close Encounters With People Who Believe in UFOs

Throughout our history, mankind has always sought answers regarding our existence in this dizzyingly incomprehensible world. Phenomena is a collaborative attempt to explore this human need for faith through a modern manifestation which is often subject to ridicule: the belief in extraterrestrial life. Are we alone in the universe?

The three Copenhagen-based photographers Sara Galbiati, Peter Helles and Tobias Markussen tackled this subject with an anthropological approach and a non-judgemental attitude. They arrived at this idea through a shared fascination with the UFO myth, and a vision to take the people behind it seriously. As colleagues sharing the same office, the three friends were often inspired by each other’s work. “Right from the beginning, we knew that we were working towards the same goal – a book, and that it didn’t matter who took which picture. In the end, we all feel that Phenomena has become a much stronger body of work with our diverse approaches than it would have been had we worked separately.”

Their common interest in the UFO myth took the photographers to the United States where they set out to find the faces and places behind this story which arouses curiosity in many of us. Their intention was not to provide a propaganda for or against, but instead “to strive towards a better understanding of the modern human’s search for purpose in life”.

The book contains sixteen interviews with different people who all have different stories or theories revolving around the same belief."

This project was part of the official program of exhibitions of the "Rencontres d'Arles 2016" festival.

The texts in the book are in English only. We will provide a separate booklet with French translations upon request.

*Signed by the 3 artists*

Books presenting the work of a group of photographers, either working on a common project, or assembled by the publisher for the purpose of the book.
See all the books of Collectif: 60

See all the books of André Frère Éditions: 34