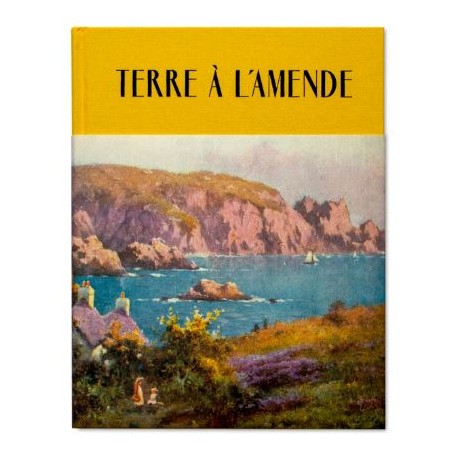 " The photographs in Terre à l'Amende by Mark Power were made on Guernsey and show a side of the island far removed from traditional picturesque representations of blue skies and beaches. Territorially and politically, the Channel Islands—of which Guernsey is the second largest—are complicated and this is reflected in this series of photographs.

Power began the project in 2016—as part of Guernsey Photography Festival's artist-in-residence programme—and explored different ways of looking and recording the same place through a series of long-walks crisscrossing the island over several weeks. He was struck by the profusion of signs proclaiming Terre à l'Amende; threatening a fine for trespassing. The signs—combined with miles of walls and fences delineating private land—served to alienate Power and reinforced his position as an outsider on the island.

Guernsey is known for its beach resorts, its history of occupation by German forces during the Second World War and as home to a thriving financial sector offering tax incentives. It is marketed as an idyllic holiday destination, but Power reveals an uneasy, unsettling place and suggests that all may not be as it seems.

« ... the work might be less about Guernsey per se and more about the decisions taken when we make pictures. If, for example, a photographer or painter is commissioned by a tourist board to create a picture postcard, an idyllic version of a particular place, they will inevitably choose the right viewpoint, the right weather and the right time of the day before finally pressing the button or making the first mark on canvas. In so doing they are suppressing a substantial percentage of the rest which is neither seen nor shown.

I've simply worked at the other end of the same spectrum, intentionally revealing the opposite viewpoint and editing out the rest. That being so it could be argued that I've described Guernsey with the same lack of veracity as a picture postcard. And yet Guernsey is no paradise. The local newspaper reveals a place with its own problems —domestic violence, poverty and other hardships—just like anywhere else. Given this, it might otherwise be said that these pictures offer a truer depiction of Guernsey than any postcard ever could. »

The artist-in-residence scheme has been run by Guernsey Photography Festival and Guernsey Museums since 2012. Mark Power's photographs of the island were exhibited as part of the festival in 2018. "

Copies signed by the photographer.