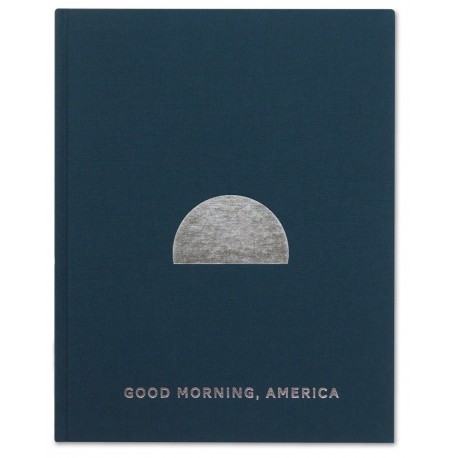 " Good Morning, America (Volume III) is the third in an ongoing series of five books by photographer Mark Power exploring the cultural and physical landscape of the US. When Power began this project in 2012 he could not have predicted the seismic changes wrought by both politics and pandemic on America in this period. This new book, the halfway point for the series, continues the visual chronicle – but under very different circumstances than when he began.

The book combines photographs taken late last year in New England and earlier this year in Arizona and New Mexico with those taken during other trips during the making of this project. Power has compared the process of creating and editing this series of books to assembling a large and complicated jigsaw puzzle with little idea of what the final picture will be. As a result, the photographs selected for Volume III were taken in locations criss-crossing the country from South Carolina to Maine, California to Vermont, Nevada, Florida, Michigan and Wyoming—twenty-five states in all over a period of 8 years. In spite of the vast geographical range of images, the majority were taken in the winter months and their unified tone suggests that in some way, all the photographs are inexplicably connected in this complex narrative.

« The first case of Covid-19 in the United States was confirmed on January 20, 2020. I was in the border town of Nogales, Arizona that day and the story was the lead item on CNN in the evening. By the time I left America on February 7 there'd been a further dozen people diagnosed... [The pictures I collected] read differently now. The landscapes appear more sombre and melancholic, as if they're lying dormant, waiting for the virus to emerge onto the stage. The edit and sequence in this book have been made with this very much in mind; in fact, how could it have been otherwise? In addition, the international rise of the Black Lives Matter movement, following the tragic murder of George Floyd in Minneapolis on May 25, also affected the way I selected images. »