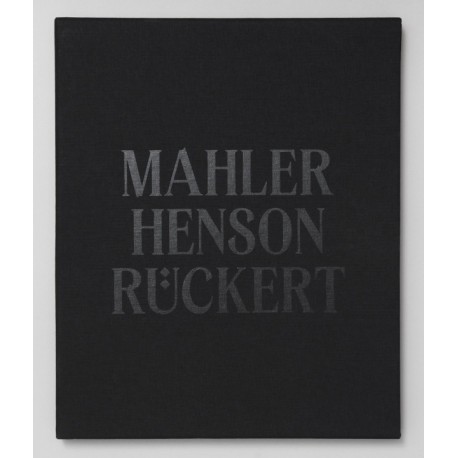 "In an outpouring of grief after the death of his children from scarlet fever in 1833, German poet Friedrich Rückert wrote 428 poems on the deaths of children.

Seventy years later the composer Gustav Mahler was so moved by these poems, he began work on a song cycle eventually scoring five of the poems. Although chastised by his wife Alma for tempting fate as they had two young daughters of their own, Mahler completed the cycle in the summer of 1904. Three years later — a year of ‘sorrow and dread’ as Alma Mahler described 1907 — Mahler’s eldest daughter died from scarlet fever during the summer holidays at their house in Maiernigg. Mahler closed up the house and fled — never to return.

In 1976 Bill Henson began work on a series of works inspired by Rückert’s poems and by Mahler’s Kindertotenlieder. He continued to work on this series for 40 years, drawing together evocative dreamscapes of the forest and lake at Maiernigg, the composing hut Mahler had built deep in the forest and the family’s house on the shores of the Wörthersee, combining these works with the spectre of a young girl. Together these images present a beautiful and sustained meditation on longing and loss.

Presented as a limited edition hand bound slip case, Kindertotenlieder includes a volume of Henson’s photographs and Rückert’s poems printed with a letter press, as well as a 12” record of the Mahler song cycle performed by the Israel Philharmonic with Janet Baker and conducted by Leonard Bernstein."

Signed and numbered by the artist. Book and slipcas are linen covered; design on the book cover is embossed. The book includes 32 images by Bill Henson.

16 pages in letterpress, 64 pages in offset - Hardcover in hard slipcase 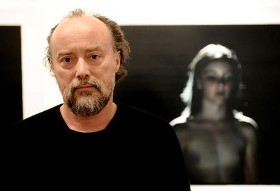