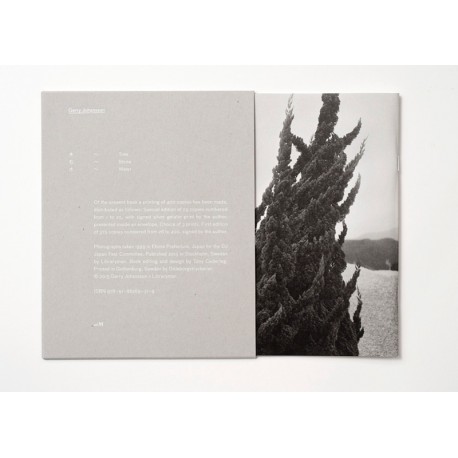 "After visiting Japan during the 70’s and 80’s, and after the disappointment to see that even regional cities had been developed to the point where they all resembled a mini-Tokyo, Gerry Johansson (b. 1945, Swedish) decided to focus his creative energy on capturing the environment surrounding the Japanese people, as opposed to the people themselves.

He chose not to merely record the bustling modern development of Ehime Prefecture, the core of Shikoku, but to also capture the exceptional natural beauty of the region. He took his camera to the rocks and mountain streams of the Nametoko Valley, deep inside forests teeming with the energy of life, and to the waters of the Seto Inland Sea.

The book is divided into three chapters, according to the book’s title. Photographs taken in Ehime Prefecture, Japan, September and October 1999."

This book has been designed to be read according to the Japanese tradition, from left to right. 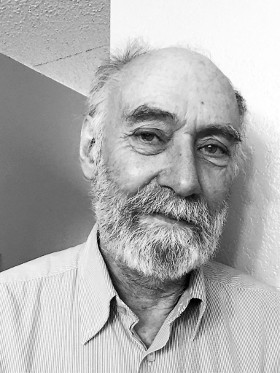 The Swedish photographer Gerry Johansson , born in 1945, has produced in 18 years a series of books on Sweden, the USA, Mongolia and Germany, in which he always uses black and white pictures with a square format of uninhabited places . Photo: © Pressfoto
See all the books of Johansson, Gerry: 8