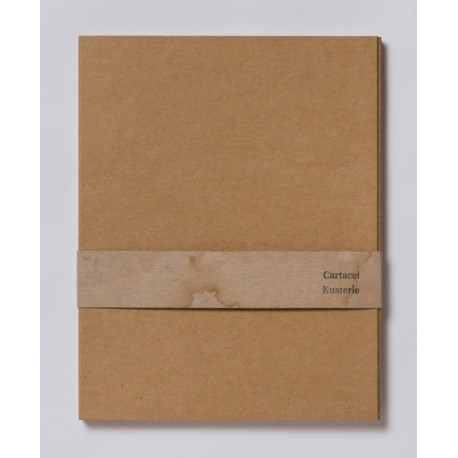 " Cartacei is the title of the artist book by Roberto Kusterle in which images derive and exist thanks to paper, including the human figures represented in them. The title Cartacei can be thought of as imaginary creatures of the artist's narrative with a clear reference to the classification of species. Their 'reality' does not seek similarity with the animal or plant world, as in other well-known metamorphoses of the artist, but is sanctioned by itself, as if these figures could really be generated from paper.

With this series Kusterle expresses his visions of him, but also tells the process he went through to make each image. Cartacei restores a certain balance between computer and digital - having Kusterle selected and manipulated the photographs of the figures from his archive - and paper - as the images are based on a superimposition of scans of papers. The latter derive from an artist's research and collection of ancient books, restoration laboratory papers, recovery papers, etc., characterized by non-purity, lack of or incorrect conservation, numerous and complex signs of aging, such as halos and yellowing, tears, stains, tears.

In Cartacei for the first time there is also a balance between figure and background, both are the subject of the photographs, made of the same raw material and with the same imperfections: the latter, in particular, seem to give the figures a note of 'humanity' .

The book is a folder containing images in single sheets. Each photograph of each folder is handled manually using paper aging techniques. There is no book equal to another and even every single page. In each folder the images are wrapped in a piece of recycled paper, the same one used to create the background of the photographs in the series. Each folder and each image are characterized by the use of stamps for titling and numbering. "

Copies of the trade edition of this work, with an original print on recycled paper (49 × 58 mm).

15 cards in a semi-rigid sleeve with flaps 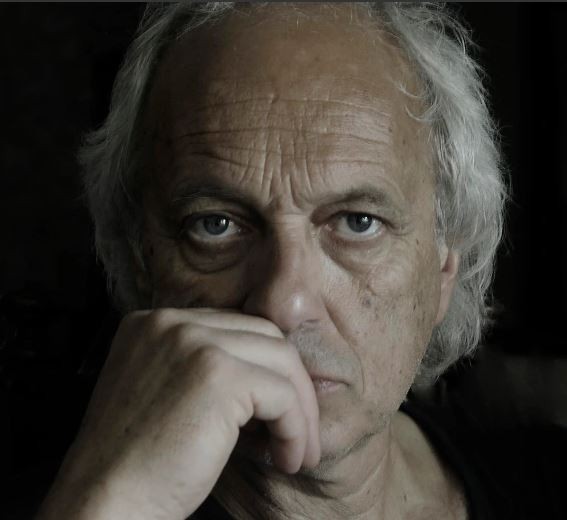 Roberto Kusterle is an Italian photographer. In the early years of his artistic career, he focused on painting and installations. He is still using various material - and various techniques - to present his photography work. His work is often connected to the animal world and nature in general. He has published many photobooks and catalogues since the seventies; and he recently published a series of unbound images titled "Cartacei" (studiofaganel, 2020). © Portrait of the artist by Elisabetta Pesenti taken from a biography of the artist on the website Venti d'Arte .

See all the books of Studiofaganel: 3