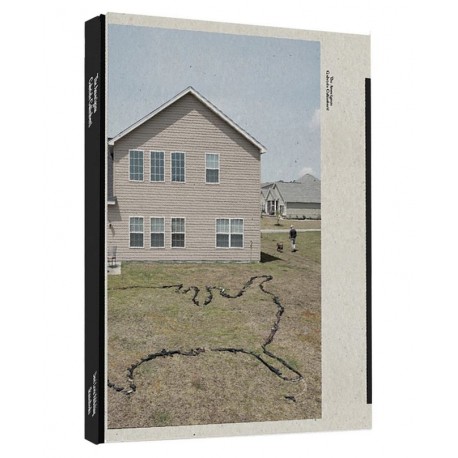 " Of all the firearms in the world owned by private citizens for non-military purposes, half are in the United States of America. In number they exceed the country's population: 393 million for 328 million people. This is no coincidence, nor a matter of market alone: it is rather a matter of tradition and Constitutional guarantee. It is the history of the Second Amendment, ratified in 1791 to reassure the inhabitants of the newly independent territories that their Federal Government could not, one day, abuse its authority over them.

Two hundred and thirty years later, the Second Amendment is still entrenched in all aspects of American life and this book frames its current status through what are seen as four fundamental American values: Family, Freedom, Passion, Style.

Photographer Gabriele Galimberti has travelled to every corner of the United States, from New York City to Honolulu, to meet proud gun-owners, and to see their firearms collections. He has photographed people and guns in their homes and neighbourhoods, including locations where no one would expect to find such collections. These, often unsettling, portraits, along with the accompanying stories of the owners and their firearms which are based on interviews, provide an uncommon and unexpected insight into what today is really represented by the institution of the Second Amendment. "

This book is co-published by Dewi Lewis Publishing (UK / US) and Skinnerboox (Italy). Texts in English and Italian.

Gabriele Galimberti is an Italian photographer working mostly on long-term documentary projects. He is a member of the collective "Riverboom". In 2015 he publishes a project realized with Paolo Woods about tax havens : "The Heavens" (English version, Dewi Lewis Publishing") and "Les Paradis" (French version, Delpire). In 2020, he publishes "The Ameriguns", again with Dewi Lewis, an extensive investigation throughout the United States on the culture of firearms in the country. © Portrait taken from the artist's website