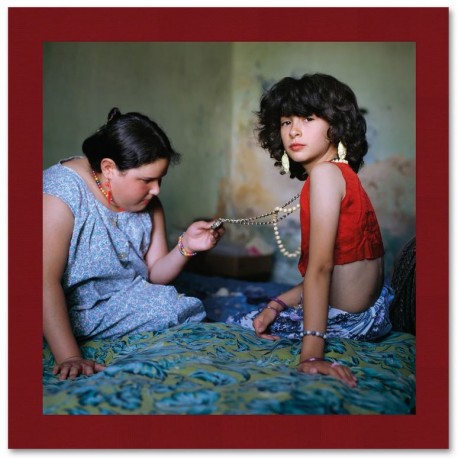 " For more than two decades, Alessandra Sanguinetti has been photographing the lives of Guillermina and Belinda, two cousins living in rural Argentina, as they move through childhood and youth toward womanhood.

This volume, originally published in 2010 and reissued now as the first instalment of a trilogy, chronicles the first five years of their collaboration. Sanguinetti’s images portray a childhood that is both familiar and exceptional. The farmlands of western Buenos Aires province are a particular mix of the modern and traditional, where life is lived in consonance with animals and rugged landscapes.

Against this backdrop, Guille and Belinda go through the childhood rites of dressing up and make believe, exploring and appropriating the world around them as they go. As they slip between roles, alternately performing for and being caught by Sanguinetti’s camera, the profound bond between the two girls is unmistakable.

Approaching the precipice of early adolescence, their games are imbued with the poignant weight of their dreams and desires as the world of play meets that of reality.

By depicting the lives of women and girls within the conventionally masculine world of Argentinan gauchos and farmers, Sanguinetti’s book interrogates the frameworks of mythologies of all kinds, honouring lives that are usually unseen. The Adventures of Guille and Belinda is a portrait of rural childhood at once quiet and poetic, in which the fantastic and the mundane are intimately entwined. " 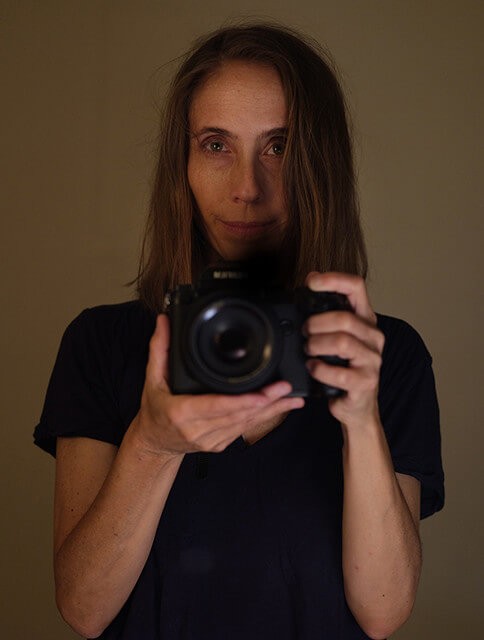 Alessandra Sanguinetti is an American photographer member of the Magnum Photos agency since 2007. She grew up in Argentina. Her work is mostly documentary projects, often  long-term projects, rooted in daily life. She is most famous for her work with two kids, two young girls, and today two women, two cousins living in rural Argentina: Guillermina and Belinda. This project gave birth to two photobooks: "The Adventures of Guille and Belinda and the Enigmatic Meaning of their Dreams" (Nazraeli, 2010) and "The Adventures of Guille and Belinda and The Illusion of an Everlasting Summer" (Mack, 2020). © Self-portrait taken from the Magnum Photos website for the HOME project.
See all the books of Sanguinetti, Alessandra: 3