> Photobook>The Land in Between (*English*) 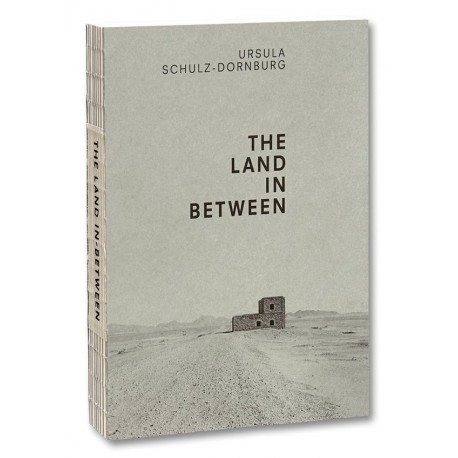 The Land in Between (*English*)

" Ursula Schulz-Dornburg's The Land in Between presents the complex bond between landscape and human civilization, exploring the construction of power though the built environment and its inevitable impermanence. By looking back at areas of past historical or political importance her images highlight how conflict, destruction, time and decay transforms the landscape.

Many of Schulz-Dornburg's projects derive from a relatively confined geographic location, encompassing ancient civilizations alongside areas of modern strategic importance. Historically referred to as both a gateway and a cross roads, or the « land in-between », the area was often defined not by its content but by what lies on either side, between Europe and Asia, east and west, old and new.

Most recently, in 2010, she travelled to Syria to photograph the ancient city of Palmyra. Her images now form some of the last visual documentation of the area prior to its recent destruction. "

This book won the "Catalogue of the Year" Award at the 2018 Paris Photo / Aperture Foundation Awards (the exhibition was at Städel Museum, Frankfurt, Germany). The exhibition was later presented in a modified form  at Maison Européenne de la Photographie, Paris under the name « Zone Grise / The Land In-Between » (a small catalogue - in French - with the same title was also published by Mack, in 2019).

NB: This book was originally published in two versions, German and English. 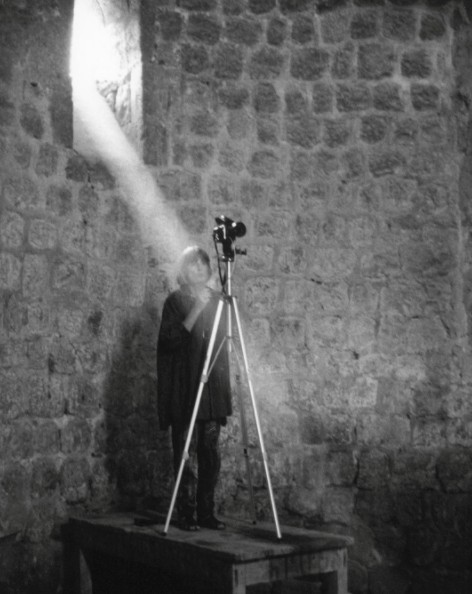 Ursula Schulz-Dornburg is a German photographer and conceptual artist. Her initial training is in journalism. She has traveled extensively in the Middle-East and Asia. In her work, she is most interested in architecture, history, and traces. In 2019 / 2020, the Maison Européenne de la Photographie in Paris held a large exhibition named "Zone Grise / The Land In-Between". Mack published on this occasion the photobook "Zone Grise / The Land-In-Between", with texts in French. Mack had previously published a larger book titled "The Land In-Between", with a German and an English versions; that book won the "Catalogue of the Year" Award at the 2018 Paris Photo / Aperture Foundation Awards (the exhibition was at Städel Museum, Frankfurt, Germany). © Portrait taken from the  Gallery Luisotti Facebook page (not credited)