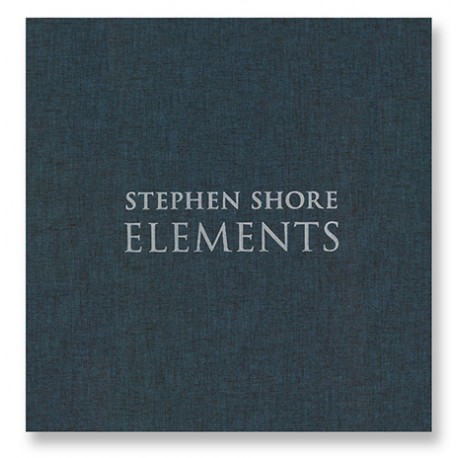 " Stephen Shore: Elements is inspired by the Eakins Press Foundation's celebrated (and first) publication, Message from the Interior by Walker Evans (1966), the large scale volume of Evans' images from a broad range of his splendid career. Like the Evans book, Shore's pictures have been carefully chosen to represent the fundamental poetry of his approach to the world through photographs.

The twenty-four images (16 color and 8 black & white), from the last of his work with the 8x10 inch view camera, range in subject-place from New York's Hudson Valley, to the Yucatan, Italy, Texas, Israel, and Scotland. What connects these photographs through Shore’s inimitable mastery of the medium are the elemental resonances of the earth, humanity, and time.

From his early days as a teenager at Andy Warhol's Factory and his 1971 exhibition at the Metropolitan Museum of Art (at the time only the second one-person show the museum had ever mounted of a photographer) to his celebrated Uncommon Places (1982), to his current pioneering use of social media platforms and print-on-demand books, Shore hasn't for a moment let up on his mission to challenge the norms of the photographic medium. He has compelled photography, over and over again during his protean career, to bend to his curiosity about the world and his complex, intellectual dialogue with the conceptual nature of art in society.

In Stephen Shore: Elements, the Eakins Press Foundation extends its historically important embrace of work by individual artists that represents the highest standard of human achievement in our society. "

Texts (in English only) by Mahmud Shabistari and William Shakespeare. 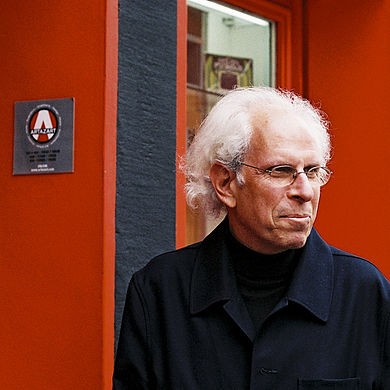 Stephen Shore is an American photographer, mainly known for his color work. He is famous for both anecdotal elements and important contributions. Aged 14, he is already a photographer and manages to meet Edward Steichen, then DIrector of Photography at the MoMA, New York, and the legend buys 3 prints from him. A few years later, from 1965 to 1965, he documents life at Andy Warhol's Factory as he is barely 18. Then in 1971, at the age of 24, the Metropolitan Museum of Art in New York offers him a solo exhibition! It is in 1972 that he will switch from B&amp;W to color photography, at about the same time as his contemporary William Eggleston. His photographs speak of day to day America, may it be nature, the city or the "suburbia"; but he also photographs the trivial or insignificant things of daily life, may it be motel interiors, a phone booth or a meal on a table... Stephen Shore is also famous for his photobooks, most importantly "Uncommon Places" (Aperture, 1982) and "American Surfaces" (Schirmer/Mosel, 1999) and also the theory book "The Nature of Photographs" (John Hopkins University Press, 1998 / Phaidon, 2007). More recently, he published with Mack "Transparencies: Small Camera Works 1971-1979" (2020), and "Steel Town" (2021). © Portrait by Raphaël Labbé
See all the books of Shore, Stephen: 5