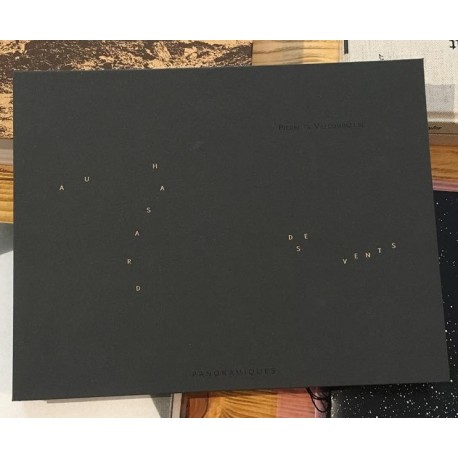 "It has been over 30 years since Pierre de Vallombreuse started bringing evidence of the life situation of the autochthonous people from around the world. From the most painful, genocides, wars, to the profound mutations imposed on them by the march of the rest of the world. Victories also, but too rare, in the fights they are waging to have their fundamental rights respected. The panoramic view helped him convey the scale of the land where they survive.

« My travels did not have any other goal than to delve into the unknown of the world, free for adventure, led by the winds that were blowing in my head and on the land ».

« They are, indeed, panoramic views, by Pierre de Vallombreuse, an endless traveller, from one climate to the next, from on dramatic situation of today's world to another, aften in forgotten places. Documentary? Yes, but with that little something that counts in photography: poetry ».

A really beautiful book, with the highest printing quality, and a quite surprising production as there are no booklets or signatures, and no real binding to this book: the double-pages are simply glued - to put it bluntly - to one another, back to back. Consequently, these double-pages open perfectly flat, allowing to fully enjoy the large format of the full-panorama images made with an Hasselblad XPAN.

Foreword by Bernard Plossu and a short text by Pierre de Vallombreuse. One double-page at the end of the book provides context for all the images (all texts in French only). 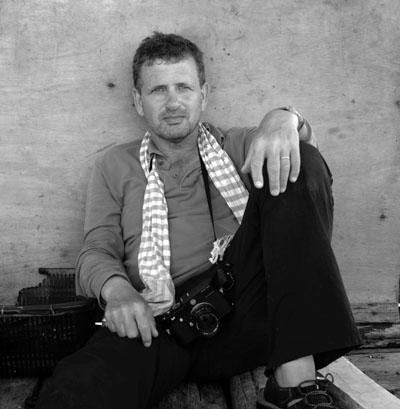 Pierre de Vallombreuse is a French photographer dedicated to documenting autochthonous peoples lifestyles and living areas; he usually immerses himself for long periods of time with the people he is working with. Influenced by Joseph Kessel and Edgar Morin, among others entre autres, he is a photographer / anthropologist and his work is very sensitive to environmental issues such as deforestation, pollution, and global warming. His work has been published in numerous important newspapers and magazines over the last 25 years, and presented in important photography festivals (Rencontres d'Arles 1989) and institutions (Musée de l'Homme, Paris, 2018). Pierre de Vallombreuse has published several photobooks since the 90's, and among others Peuples (Flammarion, 2006), Hommes Racines (La Martinière, 2012), La Vallée (the(m), 2018), Badjaos (Les éditions de juillet, 2020). © Portrait taken from the artist's website
See all the books of de Vallombreuse, Pierre: 3