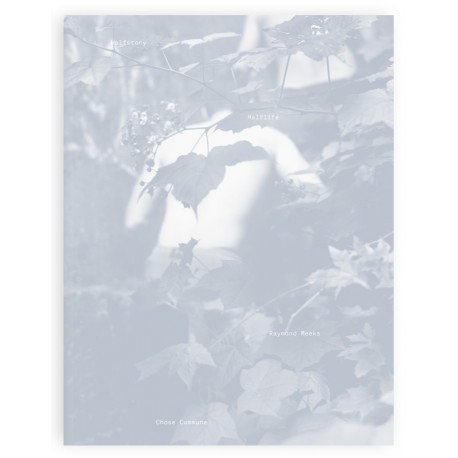 "Over the course of multiple summers, Raymond Meeks has ventured the few miles from his rural home in the Catskill Mountain region of New York, to a single-lane bridge spanning the tributaries of Bowery and Catskill Creeks. Beneath the bridge, a waterfall drops sixty-feet over moss-covered limestone toward a forbidding pond.

The local youth have come here from time immemorial, congregating near outcroppings and around a concrete altar – a remnant of an earlier stone bridge. Most allow themselves a brief running start before launching their pale bodies into the void, where tentative suggestions of flight mark the response to gravity. Taken collectively, their gestures allude to ritual, a prayerful response to the exigencies of budding sexuality and a future rife with uncertainty.

Halfstory Halflife is a distillation of the photographs made in the shadows of these falls, marked each summer by the emergence of young adults perched at a precipice both in space and in their lives."

This book was included in the shortlist for the Paris Photo / Aperture Foundation « Photoook of the Year » award in 2018. 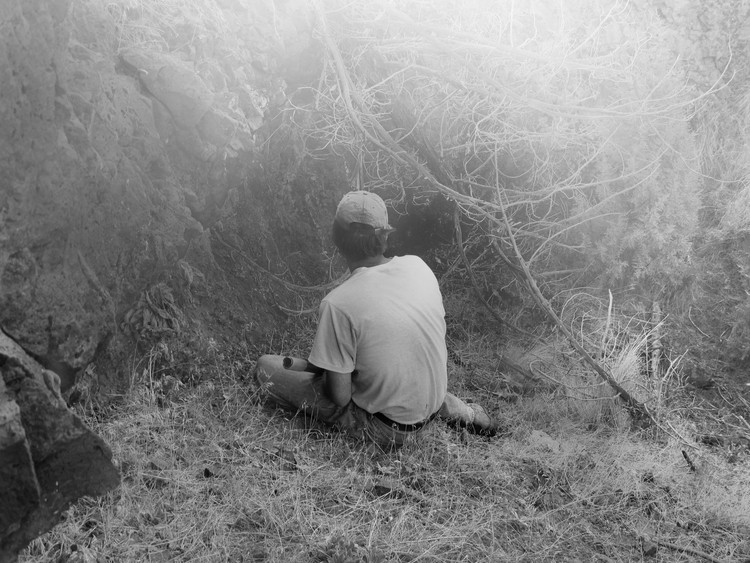 Raymond Meeks is an American photographer famous for the short-printrun editions that he self-publishes, often including prints in the publications. His work revolves around a special bond to his subjects, whether a proximity to the people (family &amp; friends), or a connection, an attachment to places. Raymond has also published several photobooks with Nazraeli Press between 2006 and 2010. In 2018, he published "Halfstory Halflife" in France with Chose Commune, and in 2020 "ciprian honey cathedral" with Mack. In 2021, Mack published "SOmersault", a second edition of a photobook Raymond Meeks self-published a few years prior. © Image taken from the homepage of the artist's website .
See all the books of Meeks, Raymond: 3