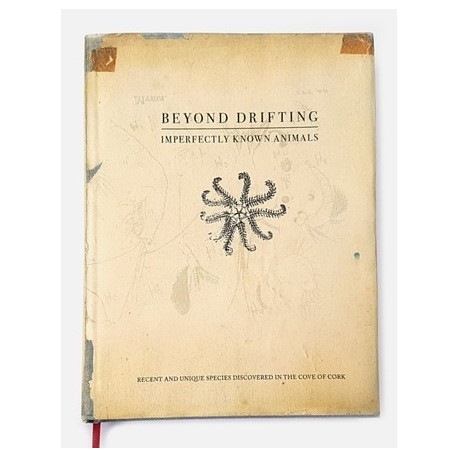 Presentation by the publisher Overlapse :

"Beyond Drifting: Imperfectly Known Animals encapsulates in miniature the much larger environmental problems of an imperfect world. This work presents a unique collection of plankton specimens related to pioneering discoveries made by naturalist JV Thompson in Cork Harbour during the 1800s. These recently found specimens are deceptive, however, and mysteriously conceal their true origin.

Plankton are unable to swim against powerful ocean currents; they exist in a drifting, floating state, enveloped in the black deep.

As fragile as they are, current scientific research shows that plankton ingest microplastic particles, mistaking them for food. Plankton are a crucial source of food for larger creatures up the food chain – compounding the grave impact of plastics on marine life and, ultimately, humans. Plastic debris is now ubiquitous in the Anthropocene, the period since humanity has had a significant impact on our global environment, and today nearly all living creatures are affected by its widespread contamination.

The plankton specimens in this work are beautifully photographed objects of marine plastic debris, recovered from the same location as naturalist John Vaughan Thompson’s plankton samples from 200 years ago. Long-exposure photographs record movements of recovered plastic objects floating in a black void, captured on expired film and with faulty cameras. Film grain is intentionally visible, alluding to microplastic particles being ingested. Each specimen has a new scientific name reflecting early Latin origins and containing the word ‘plastic’ hidden within its title."

NB : Please note that the facsimile note stuck on the initial flyleaf is voluntarily and systematically folded. 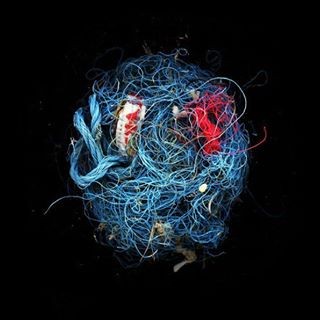 Mandy Barker is an English photographer based in Leeds. Her work on marine plastic waste has received worldwide recognition. Her project Beyond Drifting: Imperfectly Known Animals was shortlisted for the Prix Pictet 2017; and her book published by Overlapse was nominated for the Deutsche Börse Prize 2018. Mandy Barker has been published in many major magazines and newspapers (TIME, The Guardian, National Geographic, Wired, etc.) and exhibited in many museums and spaces dedicated to photography (The Victoria &amp; Albert Museum and The Photographers Gallery in London, The Aperture Foundation and the United Nations Headquarters in New York).

See all the books of Overlapse: 7