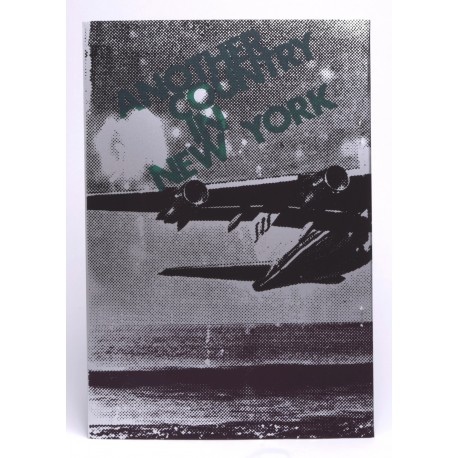 Another Country in New York (*signed*)

Facsimile of Another Country in New York, published in 2013.
The original edition from 1974 is probably one of the most expensive and most sought-after photobook today.
Just as the original, this edition is made out of Xerox copies and inserted in a silkscreen cover.

Images of New York city made by Moriyama in 1971.

Daidō Moriyama (森山大道) is a Japanese photographer, born October 10, 1938 near Osaka. His photographs testify to the evolution of customs in Japan in the second half of the twentieth century. Photo: © Sebastian Mayer
See all the books of Moriyama, Daido: 6

See all the books of Akio Nagasawa: 3