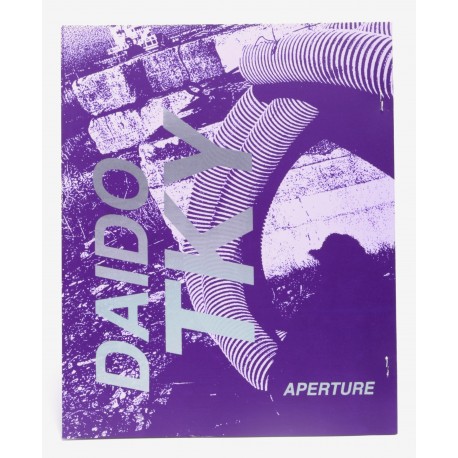 Adapted from the presentation of the TKY event on the Aperture website:

"«PRINTING SHOW» was a recreation of Daido Moriyama’s 1974 performance of the same name. [...] Visitors to the gallery found the photographer stationed at a photocopy machine duplicating his photographic prints. As was done forty years before, these photocopied sheets were assembled and staple-bound with a silk-screened cover printed in the gallery space during the performance.

In 1974, the ad hoc photobook that resulted from this process, Another Country—New York, featured images from a trip Moriyama had made to New York in 1971. [...] In the 2011 recreation, the work featured included a selection of images made in Tokyo over the previous fifteen years.

Visitors to the gallery were active collaborators in the photobook-making process. In 1974, the photographer sequenced and collated the photocopied sheets, leaving the choice of silkscreen cover to the visitor. In 2011, the visitor selected, edited, and sequenced the sheets of the ad hoc photobook, titled TKY. Visitors chose from a menu of fifty-four double-sided photocopied sheets that will be on view in the gallery space. Visitors  also made a choice of cover.
All copies made during the performance interval were signed by the photographer.

We are offering copy number 428/500, made of 20 folded pages printed on both sides (40 double-spread images), including one image in color, signed in Kanji and cursive script by the artist.

WARNING: The copy offered here has one back cover corner (Japanese reading) slightly creased. Also, one of the pages was not folded along the perfect line and consequently comes out a little bit from the body of pages (this is not due to poor handling of the book but certainly due to a mistake in the production process, as the page shows no traces of having been folded along two different lines.)

New - Mint condition apart from the problems listed above

Daidō Moriyama (森山大道) is a Japanese photographer, born October 10, 1938 near Osaka. His photographs testify to the evolution of customs in Japan in the second half of the twentieth century. Photo: © Sebastian Mayer
See all the books of Moriyama, Daido: 6