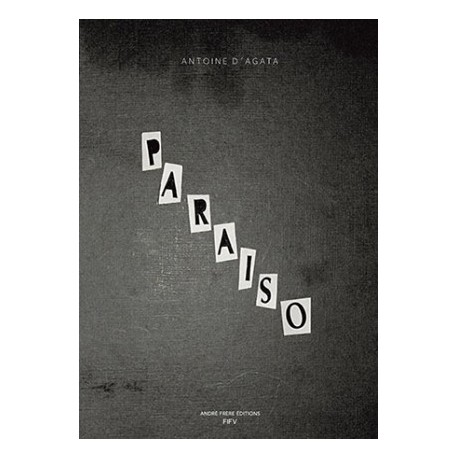 Paraiso is the photographic diary kept by Antoine d'Agata kept between October 31 andNovember 12, 2012, during the International Festival of Photography in Valparaiso.

The images are presented together with texts and email excerpts in which d'Agata writes what he does and sees, he describes his moments under the influence and the injections and his relation with the substance, describes the places he goes to and the women he meets. In Valparaiso, d'Agata tries crack, and the effects on his brain will remind him of the effects of the ICE he consumed in Cambodia... which brings back memories and will lead him to associate his Chilean diary with excerpts from the one he kept a few years before in Phnom Penh.

In the texts, some reflections also emerge; on the reasons of his life wanderings, on the life on the women he meets, on human behaviour and human society at large.

Texts mainly in English, some in Spanish.