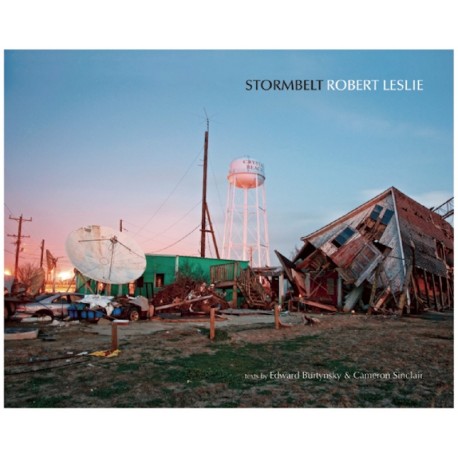 Stormbelt is a book about the decline, sometimes the dereliction, of this wide portion of American land called the "Sun Belt", which - until the end of the 90s - was a symbol of the American economic might. Recession and natural disasters (drought, hurricanes, forest fires) have hit hard on this area, from the East to the West coast.

Robert Leslie looks at towns and communities, malls, landscapes, and reveals signs - often obvious, others more subtle - of these difficult times. This series is a report on a certain America battling against these difficulties, a rather sad glance that conveys a form of disillusion of the author and traveler.

This work creates nonetheless a beautiful book; an eloquent description of the disarray in this region , yet with beautiful and striking images that catch the eye.

With two texts by Edward Burtynsky and Cameron Sinclair.

Copies signed by the artist! 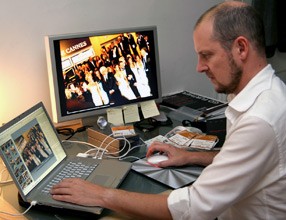 Robert Leslie was born in England but he spent his teenage years in Canada. As an adult, he returned to the UK and currently lives in London. One of his major works, Stormbelt , involved two road trips, one in 2009 and the other in 2011, across the Sun belt, documenting what he saw and the changes that occurred between the two journeys.