> Monographs>Shout It Loud, Shout It Clear 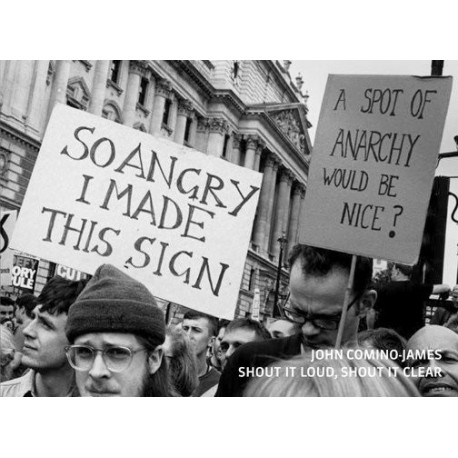 Shout It Loud, Shout It Clear

"Over the last two years John Comino-James has been been photographing demonstrations across many parts of the UK, from those associated with the 2015 General Election right through to the 2016 EU Referendum.

In his new book, Shout It Loud, Shout It Clear, he offers extensive photographic evidence of the astonishing breadth of causes that are embraced by protestors including climate change, the replacement of Trident, the refugee crisis, the government’s austerity policies, the ongoing detention of prisoners at Guantanamo Bay, Israeli policy towards the Palestinian people, the Chinese repressions in Tibet, Saving the Bee, or Fracking. The list is seemingly endless and whether the protest involves small groups of campaigners or marches numbering tens of thousands, the anger and indignation of the protesters brings passion and commitment to the streets of the UK. Yet all too often many of these protests pass unremarked in the mainstream media.

We may pride ourselves that it is the mark of a civilized community that it can accommodate protests and demonstrations, but, as Comino-James suggests, we must never forget that there are societies in which any form of protest carries the certainty of draconian penalties. We must also remember that while the protests on our streets may be permitted – even facilitated – they are also closely monitored by the authorities. There is no room for us to be complacent.

Accompanying the photographs are reflective texts which explore the nature of these protests. Quoting from the banners and placards carried by protesters, Comino-James weaves together a powerful and deeply moving commentary on this important, though often overlooked, backdrop to our democracy." 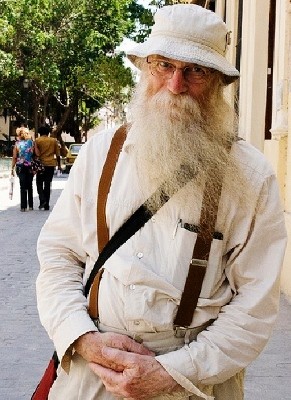 Born in Somerset, John Comino-James lives near Thame in Oxfordshire. His work has been exhibited in Thame, Oxford, London and Havana. Photo : © Thame.net
See all the books of Comino-James, John: 2