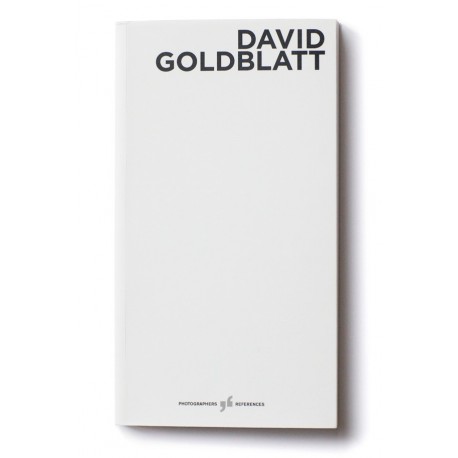 David Goldblatt is a long interview (texts in English) with the artist, analysing his career, his work process and the body of work produced, its significance in the medium.

Presentation of the series, and of this first book, by the publisher:

"PHOTOGRAPHERS’ REFERENCES is a book collection of in-depth interviews with established photographers. Created in 2014 by Frédérique Destribats and Baptiste Lignel.

Each conversation held over an extended period of time exposes a photographer’s creative and thought processes and provides insight into their practice, mapping out personal references and influences that have contributed to shape their distinctive visual language.

In this first issue of the collection David Goldblatt, one of South Africa’s master photographers, goes over his carreer, his country, his productions, and his books, in a conversation with Baptiste Lignel. From the early days as an editorial photographer for local magazines in the 50s to his international reconnaissance as a major author and analyst of the complexities of his home country.

An in-depth exploration of his work with an insight into his own defining references."

In addtion to the texts, this small book includes a few pictures (mentioned in the text) in the foldout covers and a gatefold with a chronological list on each side : a "reference map" of the books that influenced David Golblatt on one side, and a bibiliography of his own books on the other side (with all the covers, on both sides).

Also, at the end of the book : biography, bibliography, exhibitions and distinctions. 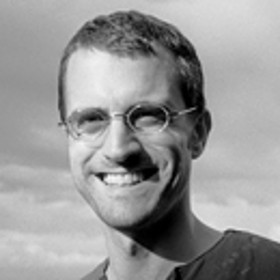 Born in 1974, Baptiste Lignel knew at the age of 13 that he wanted to be a photographer. For this he studied history in Paris, and photography in New York. Photo: ©baptiste lignel, facealavie
See all the books of Lignel, Baptiste: 3