> Monographie>When I Was Six (*signé*) 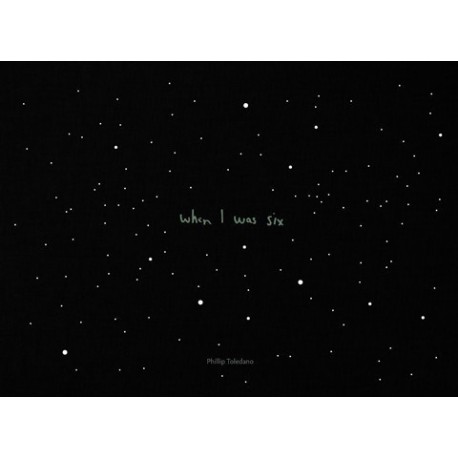 "40 years ago, Phillip Toledano’s sister died in an accident. He was six years old at the time. Although she was almost never spoken of again, Claudia was a constant but unknown presence in his life. After his parents died, he found boxes of her things, things he’d never seen before, neatly packed away, a museum of sorts, created by his mother.

«This work was a way of getting to know my sister. But it was also a way of getting to know my parents and their relationship with her. It gave me a glimpse into the pain and courage it took to stay together as husband and wife, as mother and father, to give me the beautiful life they gave me. I have no memories of my life after my sister’s death for a few years, other than an obsession with space, planets, and distant universes. Perhaps it was a way of being somewhere else, distant. Half of the images in the book are of the imagined landscapes that saved me, when I was a child that needed saving. The other half, of things that belonged to my sister. Things that explain who she was, how she loved my parents, and what happened after her death.»