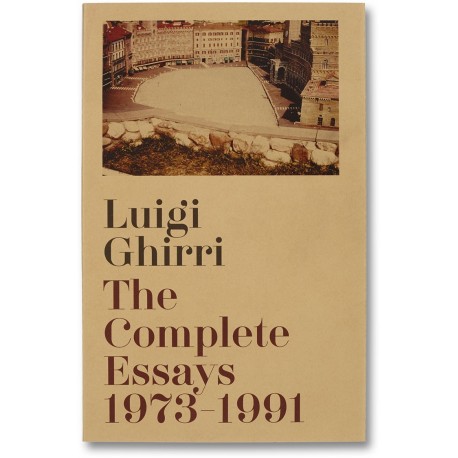 "Luigi Ghirri (1943–1992) started writing about photography from the moment he became a photographer: for his own publications, for Italian magazines and newspapers, as well as private reflections committed to paper, where his thoughts would settle and then often depart in new directions.

Published for the first time in English, The Complete Essays 1973–1991 comprises sixty-eight texts in which Ghirri explores the same subjects at the core of his photographs – the themes of identity, time, memory, vision, representation, and sense of place.

As a voracious reader with a particular taste for the eclectic, Ghirri also reaches outwards from his own practice to explore the history of photography as he considers the work of Walker Evans, William Eggleston, Robert Adams and John Gossage, weaving in references to musicians, writers and painters alike.

Together, the essays offer an unintentional yet comprehensive treatise on the history and theory of photography, and above all, they constitute a special form of autobiography."